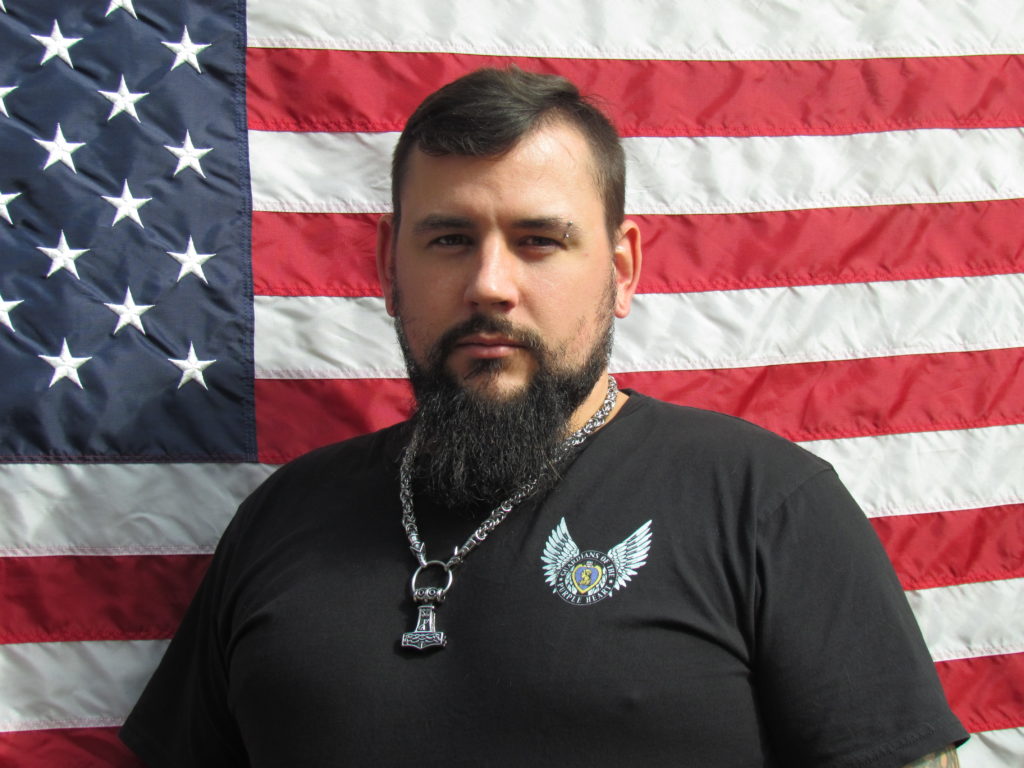 Brent is medically retired from the United States Army, in which he served 7.5 years as an Infantrymen with US Army Alaska. He served two separate deployments in support of Operation Iraqi Freedom. In 2009, Brent was severely wounded by a suicide bomber, which led to his medical retirement. These experiences drove him to create Guardians of the Purple Heart in order to help out other wounded veterans and their families.

Brent is an outside machinist at General Dynamics/Electric Boat as well as Owner/Lead Instructor for Northmen Defense, LLC firearms training and instruction. Additionally, he is a member of the Military Order of the Purple Heart, Wounded Warrior Project Alumni, is a lifetime VFW member, and part of the Combat Veterans Motorcycle Association and S.A.F.E Firearms Instructor Network. He has an Associate’s Degree in Business Administration and Management, and is currently working towards his Bachelor’s Degree in Business Administration and Management with a minor in Accounting.

Brent wears many hats, as he is also a certified instructor with the National Rifle Association in multiple disciplines. He has received multiple military awards, including the Purple Heart, Combat Infantrymen’s Badge, Parachutist Badge, (3) Army Commendation Medals, and (2) Army Achievement Medals. 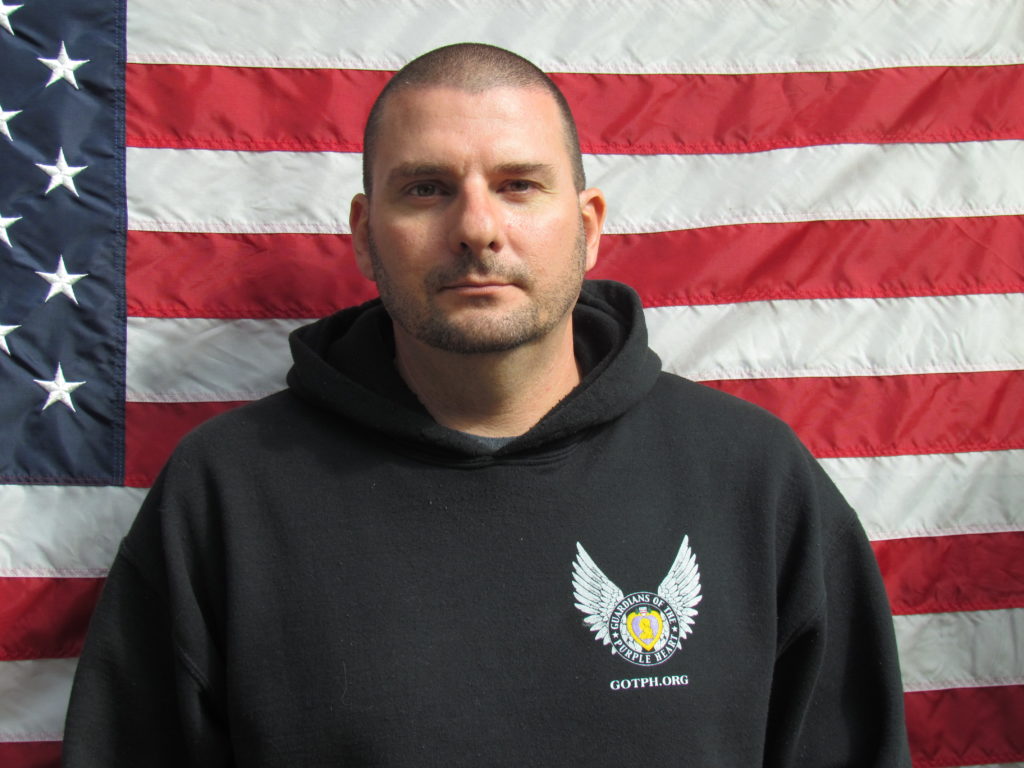 Doug is a United States Army Veteran in which he served for 8.5 years as a Mechanic and a Combat Life Saver. Doug was deployed in 2003 in support of Operation Enduring Freedom and then again in 2005 in support of Operation Iraqi Freedom. As President of the Guardians, he is passionate about making CT Combat Wounded Veterans feel as if they have another family. He works to provide that support system that many veterans need while they are either in transition or at other point in their life.

Doug is a full time student. He is also the Military Outreach Director for Veterans Equine Therapeutic Services (VETS), Communications Director for Team Red, White, and Blue, a member of the Veterans Advisory Board for Congressman Courtney, and is on the post 9/11 Veterans Advisory Council that meets with Senator Blumenthal to address veteran issues.

Doug is currently working hard to earn his Master of Business Administration with a special interest in organizational/industrial psychology. He has achieved multiple military awards including Soldier of the Year, Army Commendation Medal, and Army Achievement Medal (4). 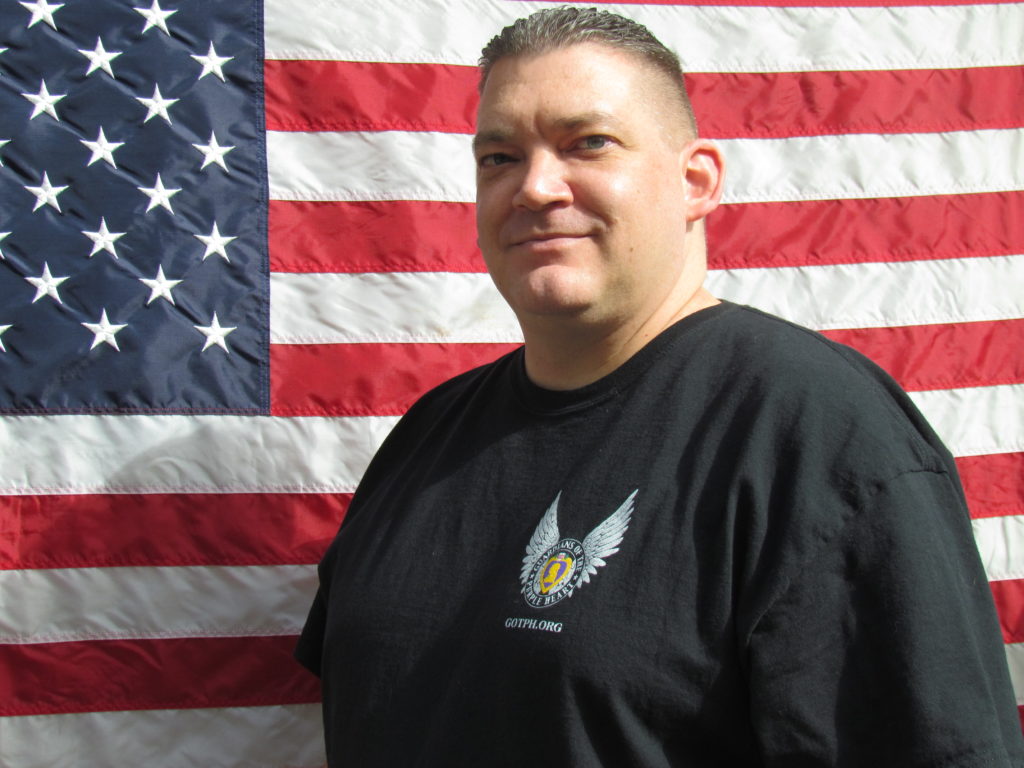 Chris is a Marine Corps Veteran who served as a Sergeant 0311 with a secondary 0151. He knew from a young age that he would serve in the military as both his Grandfathers did in WWII and Korea (Navy and Marines) and his brother (Navy). Chris served from 1995 right out of High School until 2000. He was recalled back to Active Duty in 2001 after the September 11th attacks and subsequently stop lossed. During this time he served as a security attatchement on Camp Allen in Norfolk VA reporting to MarForLant and Second F.A.S.T. After stop loss was lifted in 2002, Chris came back to CT and his wife. Chris feels that the friendship, support and camaraderie developed in the military should continue for Active Duty and Veterans during and after their service. Many Veterans feel they have lost something and with organizations like The Guardians, we can help give them that support.

Chris current holds a Bachelors of Science in Public Health and works as an Environmental Health Inspector. He is currently working on his certifications to become a Registered Sanitarian and will return to school to earn his Masters Degree. 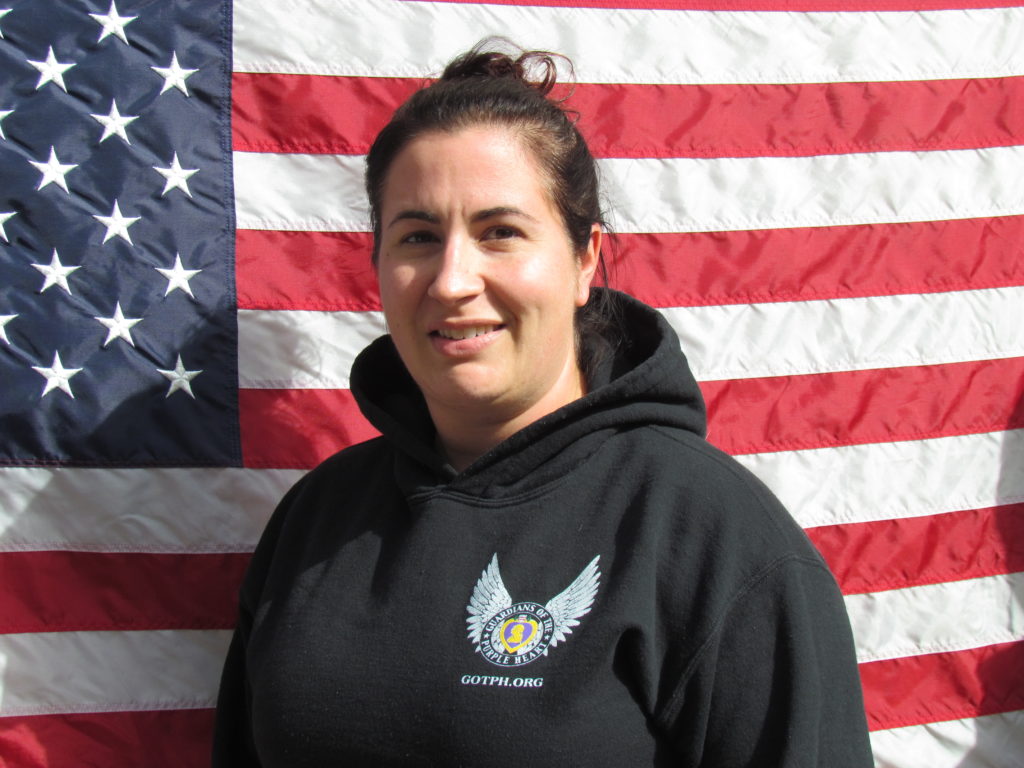 Lindsay is very dedicated to Guardians of the Purple Heart. She has friends and family that have served in the military, and she feels that those who have put our country ahead of their own lives deserve to have a voice and help when they need it.

Lindsay graduated from East Lyme High School, and currently is pursuing her Associates Degree in Nursing at Three Rivers Community College. She resides in East Lyme with her husband, children, dog, pig, and chickens. 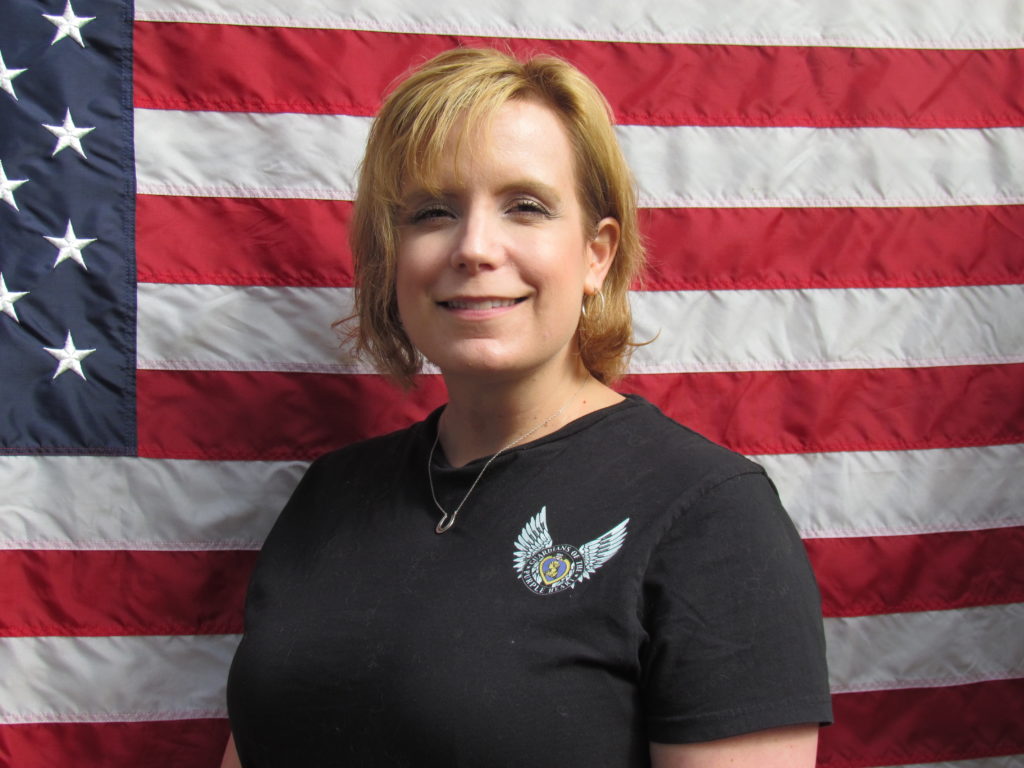 In addition to being on the Board of Directors at Guardians of the Purple Heart, Christina is Co-Founder, Instructor and the Business Director of the partnering organization Veteran’s Equine Therapeutic Services; the Vice President for Women in Defense – New England Shoreline Chapter; a member of Electric Boat Management Association, and is in the process of becoming a member of Daughters of the American Revolution. She works at General Dynamics Electric Boat as a Financial Analyst for Financial Planning, Analysis, and Reporting.

Christina holds a Bachelor’s Degree in Accounting/Finance, a Master of Business Administration with a specialization in leadership and a certification as a Certified Manager. She has worked in various industries, such as: gaming, energy, food services, natural products, government and space exploration. Christina has a passion for helping others and giving back to those individuals who sacrificed themselves to protect our country, as she has had a variety of family and friends who served and are serving currently. 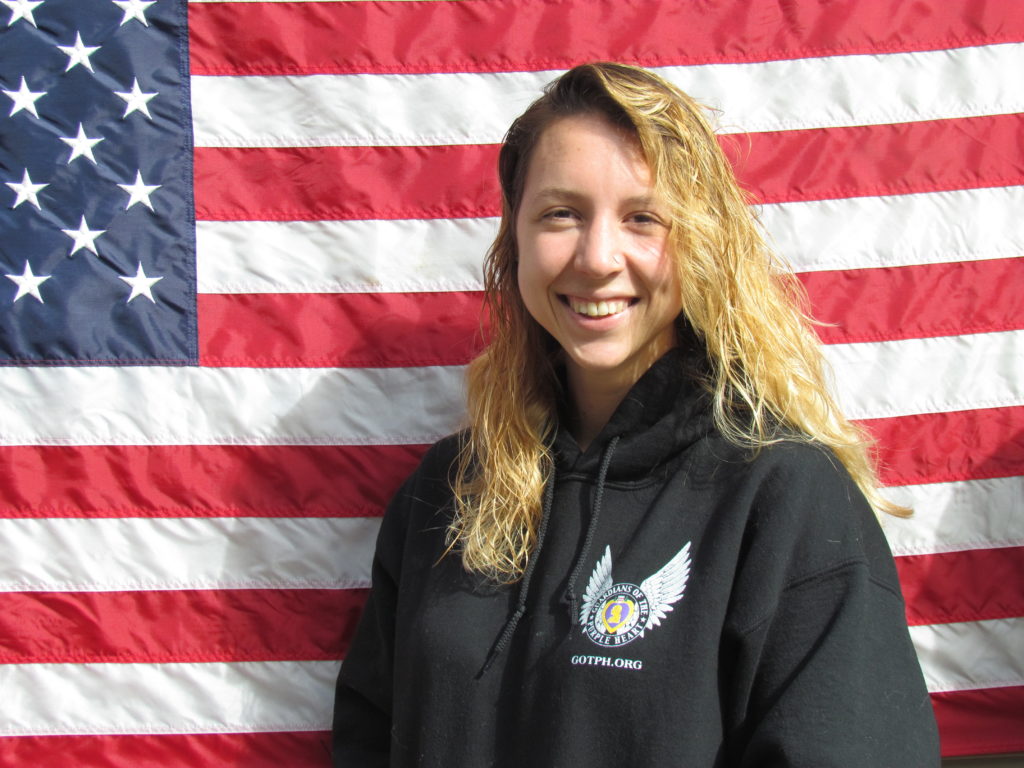 Carly has been passionate about helping Veterans for many years now, as she has had a variety of friends and extended family serve in the military. She has a Bachelor’s Degree in Communication with a minor in Graphic Design, as well as an Associate’s Degree in General Studies.

Carly seeks to use her knowledge of design, marketing, and photography to spark interest in Guardians of the Purple Heart and raise awareness of the difficulties combat wounded veterans face on a daily basis. She works full-time as the Retail Manager for Renewal by Andersen of Southern New England.

Our Cause: The Guardians of the Purple Heart is made of a group of Veterans, family members, and spouses of Veterans who want to make a difference for Combat Wounded Veterans in the State of Connecticut. We intend to help a Veteran each year, focusing on different generations as each year passes. We run a Motorcycle Run every year as our biggest event to honor a Purple Heart recipient. We plan on running multiple other events throughout the year to support the goals of the organization and raise awareness for Combat Wounded Veterans, Veteran Suicide, and connecting Veterans with services provided by other organizations.

Our Purpose: To have successful fundraisers attended by supporters of our country’s Veterans to commemorate those wounded in combat while serving our country. We are raising money through sponsors, individual donations, and other events held throughout the year. The main event is the Purple Heart Poker Run, a motorcycle run in which a specific Recipient is chosen by the Board and honored on this day.  All of this is to recognize and celebrate those who have served our country, honoring specifically those who have faced death and been wounded in its defense.

Our Impact: Every year we want to have a positive impact on a Combat Wounded Veteran who is from Connecticut, as we seek to focus on helping a local individual. Our plan with the money we raise is to assist our recipient with basic needs or some essential need that other organizations are unable to provide. We will not only donate monetarily but reach out to local businesses in our community who can donate their time and services to help fulfill a complete package of necessities for our recipient.  We intend to make sure that all Connecticut Purple Heart Recipients feel they have a home in our state, a stable living environment, and a family within our organization.

ABOUT US: The organization was founded by Brent Walker, an OIF Purple Heart recipient.  The organization benefits Purple Heart Recipients in the State of Connecticut.  Events and fundraising will be planned with the purpose of raising money to help recipients with needs approved by the Board of Directors. Other events will be held with the purpose of raising awareness for Combat Wounded Veterans (Purple Heart Recipients), Veteran Suicide Prevention, and assist with connecting all Veterans with services and benefits provided by other organizations. 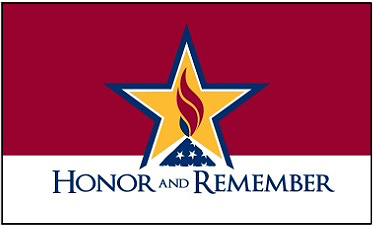 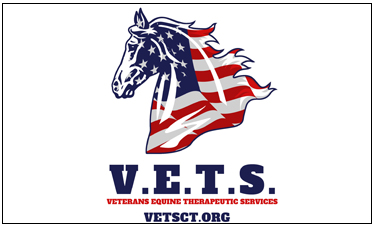 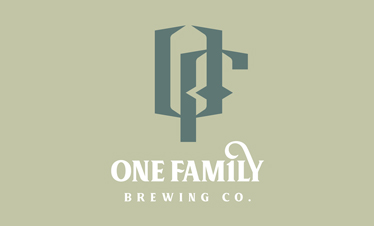 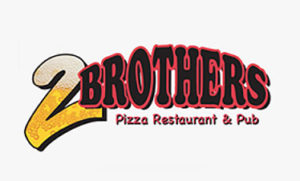